Duke Safaris uses hunting as an integral tool for a game management strategy, based on the sustainable utilization of natural resources and ultimately conservation.

During the first part of the century, most of the wildlife outside of a few national parks, were eradicated and animals with high ecological demands and potential conflict with humans, were among the first to disappear.

Large carnivores and herbivores were particularly affected. Their eradication, in combination with increasing human population pressures and continued fragmentation of the landscape, has impacted negatively on many species. Therefore, it has become increasingly important to conserve the remaining habitat for wildlife, especially wide ranging carnivores and herbivores.

Private Nature Reserves and ranches are now playing an increasingly important role in management and conservation of South Africa’s unique natural resources. However, biologists and wildlife managers are faced with the problem of isolated and fragmented populations. Unless monitored and managed effectively, this could have disastrous effects on the genetic and social structure of the animals, as well as damage sensitive vegetation and the delicate balance between predator and prey populations.

Duke Safaris has a number of concessions in Southern Africa, where hunting is used as a management tool to regulate the populations and maintain an ecological balance between species. This type of management is important to ensure the sustainability of Southern Africa’s valuable resources.

At Duke Safaris we accommodate pistol, rifle, black powder or bow hunts. The choice of caliber depends on species to be hunted. Medium calber’s from 7mm and up are adequate for most plains game species, however premium bullet quality is recommended.

For dangerous, thick-skinned game, the law requires a minimum caliber of .375. 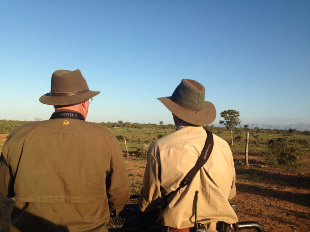 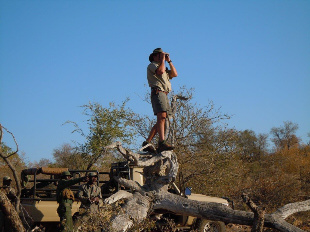